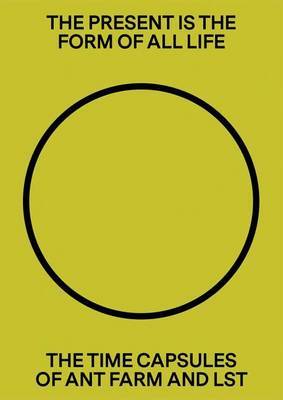 Perhaps best known for the iconic desert monolith "Cadillac Ranch" and stunts like "Media Burn," the radical architecture and media art group Ant Farm created an abundance of works across disciplines--including video, publications, built environments and performances. Throughout their career (1968-79), Ant Farm conceived a series of time capsules that focused not on the eternal but rather on the fleeting aspects of postwar American culture: consumer goods, media archives and tchotchkes. For various reasons, all of Ant Farm's time capsules failed to function, that is, to be opened at the allotted future time and the intact contents examined. Ant Farm's successor group, LST, has taken up the project with their contemporary work "Ant Farm Media Van v.08 [Time Capsule]" (2008). This work not only functions but updates the original's line of questioning, exploring notions of the time capsule in the digital age.The Present Is the Form of All Life represents the first comprehensive documentation of these overlooked ephemeral works. Including many previously unpublished images, this publication also boasts essays by Constance M. Lewallen, Steve Seid and Gabriella Giannachi, and a discussion between curator Rudolf Frieling and LST.