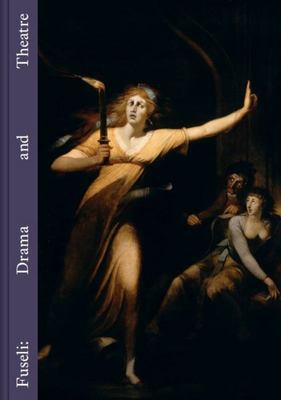 The renowned 18th-century painter Henry Fuseli, who revered Shakespeare and loved all things theatrical, is the subject of this lavishly illustrated book which focuses on the influence literary sources and contemporary theatre had on his work. Shadows and light, high drama and the supernatural, these elements are hallmarks of Henry Fuseli's paintings. Accompanying a long-overdue show of Fuseli's works inspired by literary sources, this book addresses his appreciation of Greek tragedy, Shakespearian drama, and Milton's monumental verse epos Paradise Lost. While most of the criticism around Fuseli focuses on his nightmarish visions indicative of the emerging era of Dark Romanticism, this book examines the dramatic elements both in subject matter and style of his paintings, which include themes of triumph and despair rendered in sharp contrast and explosive expression. Illustrated with brilliant reproductions, the essays in this book explore Fuseli's world of literary sources as well as his new approach to the stage arts, and how the enthusiasm for Shakespeare in the 18th century played a part in the conception and marketing of Fuseli's work, thus creating a more comprehensive understanding of his background, time, and world view.