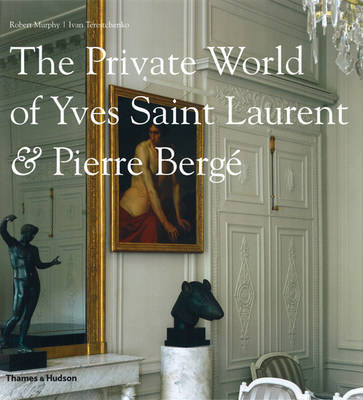 The Private World of Yves Saint Laurent and Pierre Berge

The star pieces from fashion designer Yves Saint Laurent's art collection including works by Cezanne, Picasso, Mondrian and Matisse have been unveiled in the Grand Palais, Paris, ahead of what auctioneers have dubbed the art sale of the century. Yves Saint Laurent and Pierre Berge amassed the collection together before the designers death in June 2008. The works, which had adorned the pairs Paris flats, the Chateau Gabriel in Normandy and their home in Morocco, include antiquities, Old Master and 19th-century paintings and drawings, Art Deco pieces and European furniture and art. Now Pierre Berge has decided to sell the entire collection. Its the end of an era and the sale has already excited enormous interest and speculation. This book shows, for the first time, the collection in situ in the pairs homes. Although some pieces have been photographed separately in the past, they have never been photographed together, making this beautifully produced book the ultimate record of one of the 20th century's great collections.

Winner of Spear's Book Awards: Coffee-Table Book of the Year 2009.