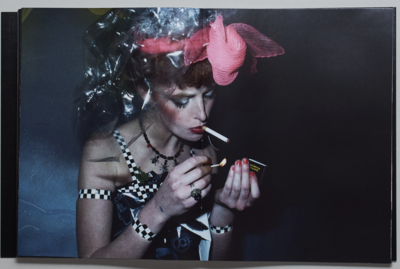 Between 1978 and 1988, Swiss photographer Bruno Stettler captured around 100 rock and pop concerts in and around Zürich, resulting in a trove of 20,000 pictures. The names read like a "Who's Who" of music history: AC/DC, ABBA, Ramones, Queen, Blondie, The Clash, Bob Marley, David Bowie, The Runaways, The Who, Led Zeppelin, Kraftwerk, Nena, Nina Hagen, Genesis, Roxy Music, Plasmatics, Iggy Pop and Swiss acts like Krokus, Peter Sue & Marc, Stephan Eicher, Dieter Meier and the Swiss punk scene. Bruno Stettler was a witness and documentarist of a time of musical awakening, when the distance from stage to audience was only a few meters. Today the stars are shielded, barricaded in their backstage zones and hotel rooms. Flash photography was often difficult, so highly sensitive 400 ASA films were essential. He pushed them up to 800-1000 ASA. Photo retouching, as it is so easy to do on screen with a few mouse clicks today, did not exist for the amateur. He worked with negatives, not with slides, because original photo prints in the format 9x13 could be produced economically and sold with a mail-order business. The imperfections of the time translate into authenticity today. After a good four decades of slumber, the negatives were gradually digitized. Many pictures received a real retro vintage effect through storage. Some negatives were even attacked by mould. The scratches and defects and the coarse grain were deliberately left in their original condition - they give the photos an authentic look that cannot be found in any Photoshop filter gallery.