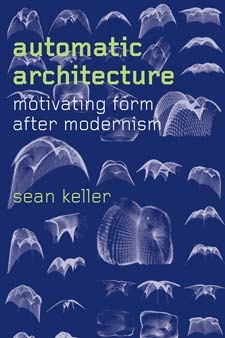 In the 1960s and '70s, architects, influenced by recent developments in computing and the rise of structuralist and poststructuralist thinking, began to radically rethink how architecture could be created. Though various new approaches gained favor, they had one thing in common: they advocated moving away from the traditional reliance on an individual architect's knowledge and instincts and toward the use of external tools and processes that were considered objective, logical, or natural. Automatic architecture was born. The quixotic attempts to formulate such design processes extended modernist principles and tried to draw architecture closer to mathematics and the sciences. By focusing on design methods, and by examining evidence at a range of scales from institutions to individual buildings Automatic Architecture offers an alternative to narratives of this period that have presented postmodernism as a question of style, as the methods and techniques traced here have been more deeply consequential than the many stylistic shifts of the past half century.
Sean Keller closes the book with an analysis of the contemporary condition, suggesting future paths for architectural practice that work through, but also beyond, the merely automatic.

Sean Keller is associate professor and director of history and theory at the IIT College of Architecture. He is a trustee of the Graham Foundation and a fellow at the Neubauer Collegium at the University of Chicago.