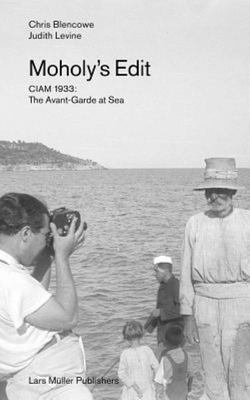 The Greek island sequence montaged by L szl Moholy-Nagy into his legendary documentary Architects' Congress can be interpreted, like his provocative Photoplastiks, as a "message in a bottle" thrown into the sea that "might take decades for someone to find and read." Capturing the incomparable Greek light, it presents a compelling glimpse of the four days and nights in August 1933 when the elite of the European architectural and artistic avant-garde--in Greece for the 4th International Congress of Modern Architecture (CIAM)--took to the Aegean in a barely seaworthy "nut shell" that would bring them close to the brink of disaster. The "motley crew" included Le Corbusier, Fernand L ger, Am d e Ozenfant, Sigfried Giedion, Cor van Eesteren and Otto Neurath. Crucial to the success of the surreal odyssey were various members of the Greek avant-garde.

Drawing on previously unpublished material--Moholy's poetically ironic letter to his wife, Sibyl, Ghika's candid memoirs of Le Corbusier and forensic examination of the architect's sketchbooks--the authors reconstruct the epiphanies, debates and, inevitably, estrangements at this critical moment in European history.