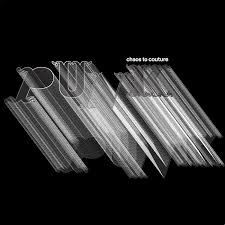 Since its origins in the 1970s, punk has had an incendiary influence on fashion. With its eclectic mixing of stylistic references, punk effectively introduced the postmodern concept of bricolage not only into directional ready-to-wear but also into the elevated precincts of the haute couture. As a style, punk was about chaos, anarchy, and rebellion. Drawing upon a corpus of sexual and political imagery that was deliberately intended to shock, provoke, and confront, punks made fashion overtly hostile and threatening. This aesthetic of violence - even of cruelty - was intrinsic to the clothes themselves, which were often customized with rips, tears, and slashes and such savage and sadistic hardware as studs, spikes, chains, buckles, zippers, D-Rings, padlocks, safety pins, and razor blades. "PUNK: Chaos to Couture" examines the impact of punk's aesthetic of brutality on high fashion, focusing especially on its do-it-yourself, rip-it-to-shreds ethos, the antithesis of couture's made-to-measure exactitude. Indeed, punk's democracy stands in direct opposition to fashion's autocracy in which trends are driven by the artistic expression of the designer rather than by the dictates of the wearer. Yet as this book reveals, even the haute couture has readily appropriated the visual and symbolic language of punk, replacing beads with studs, paillettes with safety pins, and feathers with razor blades in its attempt to capture and reflect the style's youthful rebelliousness and aggressive forcefulness. Focusing on high fashion's embrace of punk's aesthetic vocabulary, this extraordinarily designed and produced book reveals how the quintessential anti-establishment style has been co-opted, exploited, and transformed by designers in their search for new ideals of beauty and new definitions of fashionability.

Andrew Bolton is curator of the Costume Institute of The Metropolitan Museum of Art.